The Pushmi-Pullyu of the Sales Conversation

The Pushmi-Pullyu of the Sales Conversation

Today I want to talk to you about the Pushmi-Pullyu of the sales conversation.

Do you remember the Pushmi-Pullyu? If you’re not familiar with it, it’s a two-headed animal who has a head on opposing sides of his body. He’s a character from the book and the film Dr. Doolittle.

There’s actually a Pushmi-Pullyu in your sales conversations too!

What I’m talking about is your potential client – or rather their energy.

Watch the video or scroll down to learn more.

How the Pushmi-Pullyu energy works

Imagine that a potential client is in conversation with you.  Usually, they will only be talking to you because they have some interest in finding out more about whether you can help them. So for example, I don’t play golf and I have no interest in learning how to play golf, so if you were to offer me a free one-on-one session to give me tips to help me to improve my golf swing, I wouldn’t be interested.  However, within my business, I frequently invest in things that will help take me forward, whether it’s business mentoring, coaching, or shifting the inner blocks that are holding me back.

So if the client is in conversation with you you can usually assume that at some level they are genuinely interested.

In other words,  your potential client is coming to the sales conversation with the “Pushmi” energy, which I see as an energetic “leaning in” towards you. They are likely to be thinking, “Yes, I have got this thing going on that I think I’d like help with, and I understand that this person helps with this. I met her networking a few times, and I really like her energy, and I think she gets me,” or, “I’ve read her website, and everything there makes sense to me, and I feel really drawn to find out more about potentially working with her.”  They’re coming to you with the energy of, “I really would like to resolve this. It’s not making me happy. It’s causing other problems in my life. It would be wonderful if there was a way for me to break through this”.

But there’s always some “Pullyu” energy present as well. That’s the other head, the part that’s trying to pull them away from that conversation. This is the part that says, “I’m not sure I should be engaging in this conversation, because I’m just exploring, and if I have this conversation, then she’s going to think that I want to go ahead and work with her, and it’s going to feel really awkward. What if she starts to become pushy or salesy and makes me uncomfortable?  I’d better not open up and say too much because she might use that to manipulate me when she comes to try and close the sale.”   The Pullyu might also be saying, “I can’t afford to waste any money – I can’t afford to waste any time – I can’t afford to get this wrong,“.  And so all the time in a sales conversation, your potential client is leaning in towards you with that part of them that knows that they would like help, and at the same time, pulling away.

The sales conversation itself will satisfy the Pushmi, the part that’s leaning towards you as you guide them through The 7 Steps to Yes! process.  As long as you follow this process you don’t need to worry too much about the Pushmi.

Your job is to calm the Pullyu, the part of them that’s trying to pull them out of the conversation, so that it doesn’t want to “bolt” and instead it can allow the Pushmi part to stay present, connected, open to possibilities and to making a decision.

Here are 5 things you can do during your sales conversations to help keep the Pullyu part of your client calm.

1. Make it clear that it’s a two-way decision

Let your potential client know that this is not going to be about one of you making a decision and forcing it on the other. You will be making a decision as the service provider about whether you think this is a good fit. At the same time, they are also free to make their own decision about whether they think this is going to be good for them. By setting this up very clearly from the beginning of the conversation, the Pullyu will be immediately reassured.

2. Let them know that it’s okay to say no

I frequently say that your potential client will only feel safe to say yes to you if they first feel safe that they can say no because this removes a lot of pressure from them. Make it very clear that no matter what happens, and no matter how much you support them within this particular conversation, there is no obligation on them to say yes to working with you unless it feels right for them.

Let them know what’s going to happen during your conversation. This keeps the Pullyu safe because they know what’s coming from the very beginning of the conversation, how it will go, and in what order things will happen. You also let them know at this point that you will be inviting them to do further work with you, so that when that moment comes it doesn’t cause the Pullyu to “bolt”.

4. Get permission to present your solution or offer

Don’t just suddenly jump in without warning and start telling them about how they could work with you, all of the detail, and what it will cost, because if the Pullyu feels you are moving things too fast it will start to resist and pull away.   Instead let the client know it’s coming by checking in with them that it’s okay for you to proceed, and that you have their permission to go ahead.

When it comes to asking them if they’d like to go ahead, most of the time you will ask them very clearly and very directly.  However, sometimes you can actually sense the Pullyu energy pulling the client away.  At times like this, it can be useful to test the water with a less direct question. For example, you might say  “I offer sessions from my clinic in Harley Street or via Skype. Which of those would work best for you?”   You’re not asking them to make a decision, but you’re testing where they are in their thought process. If they answer you, “Harley Street isn’t that convenient for me. I think I’d want to do it via Skype,” you’re getting that sense that yes, they are going through this decision-making process. Because it’s less direct it’s more calming to the “Pullyu” as a way of exploring whether they’re ready to go ahead.

So, remember the presence of the Pushmi-Pullyu energy in a sales conversation. Your potential client wouldn’t be there if there wasn’t a part of them (the Pushmi) that wants help, wants to make the change, and wants to make the investment. But there’s also the part (the Pullyu) that is scared that you’re going to push them into something they don’t want, nervous about wasting their money or making a mistake, and of opening up too much. Manage that energy well, and it’s easier for both you and your client to make the best decision.

Have you experienced this conflicting energy in your sales conversations? Will you do anything differently after reading this?  I always love to hear from you so please share in the comments below.

And of course, I’d love you to share this if you know anybody else who would find this useful.

If you’re not already a member, do hop over to the Selling From the Heart Community on Facebook – I’d love to support you further there.

And remember, The 7 Steps to Yes!, my FREE video series will take you through an effective but non-salesy pathway to getting paying clients without feeling out of integrity, or using manipulative techniques. It will help you feel confident about guiding a sales conversation from start to finish. 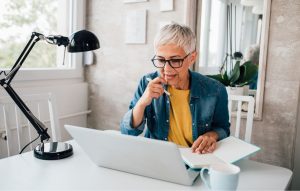 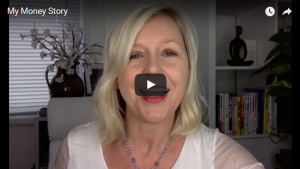 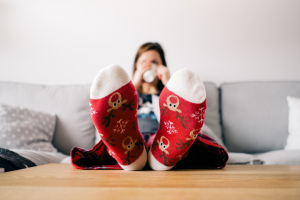