I filmed this video while attending an event in Toronto in Canada a while ago – and it’s become one of those really important videos that I’ve shared over and over again both within my membership community and with clients because it is such an important message about something that I see holds people back in their business far too often.

I created the video to remind you that there is no such thing as trying to “keep up” when it comes to your business – in fact that sort of thinking can actually slow you down!

And that it is totally ok for you to be more of a tortoise than a hare – in fact it might just get you there faster.

Watch the video below or scroll down to read the blog.

On being a Tortoise

When my own mentor talked about how people often give up too soon in business because they feel they are not going “fast enough” or  feel they are not “keeping up” it reminded of something that happened to me quite a few years ago, well before my current business existed.

At that point, I was taking a course in online marketing and setting up a website to help people with anxiety.   The teacher wanted us to see it a long-term thing and not some kind of get rich quick scheme, telling us that  if we wanted to build a genuinely successful business online then it was going to take time and that we would actually get there more quickly by going at a slow and steady pace – but taking small action every single day. He encouraged us to think of ourselves as tortoises – slow and methodical but knowing that we would get there in the end.

I was so impatient in those days – I was very hard on myself and was just desperate to be further ahead than I was.   But I could see he was making an important point.  So, to remind myself, I bought myself a little soft toy of a tortoise which I kept on my desk, and all my passwords at the time had some variation of the word tortoise in them just to remind me that it was ok to take my time!

One of the things that has prompted me to talk about this today is that I recently I opened enrolment for the Business from the Heart Community membership, which closed a week ago (at the time of recording this).  What was really interesting to me was that by the end of the first week we’d already had a handful of emails in from people saying things like, “I’m worried about being in this membership because I feel like I’m not keeping up” or “I feel I’m falling behind already”.

Now this was particularly fascinating to me because it’s a membership – it’s not a course with modules you have to work through at the same pace as everyone else.   Its absolutely built and designed to be a “go at your own pace” type of a model, to meet people wherever they’re at.

So it’s fascinating to me is because is it brings up something that happens for so many of us:

How we are so naturally inclined to compare ourselves unfavourably to other people or to some vision of ourselves and where we think we should be, and find ourselves lacking.

When actually the reality is that there is nothing to keep up with – we just need to keep moving forward.

I would love to encourage you to embrace your inner tortoise. Particularly if you have life circumstances which mean that you can’t go at your business all guns blazing. And so many of us can’t – you might be a mum of young children, you might have health challenges (which was my reality when I was starting my business), the car might break down, a pet gets sick, or any of the other things that life throws at you. 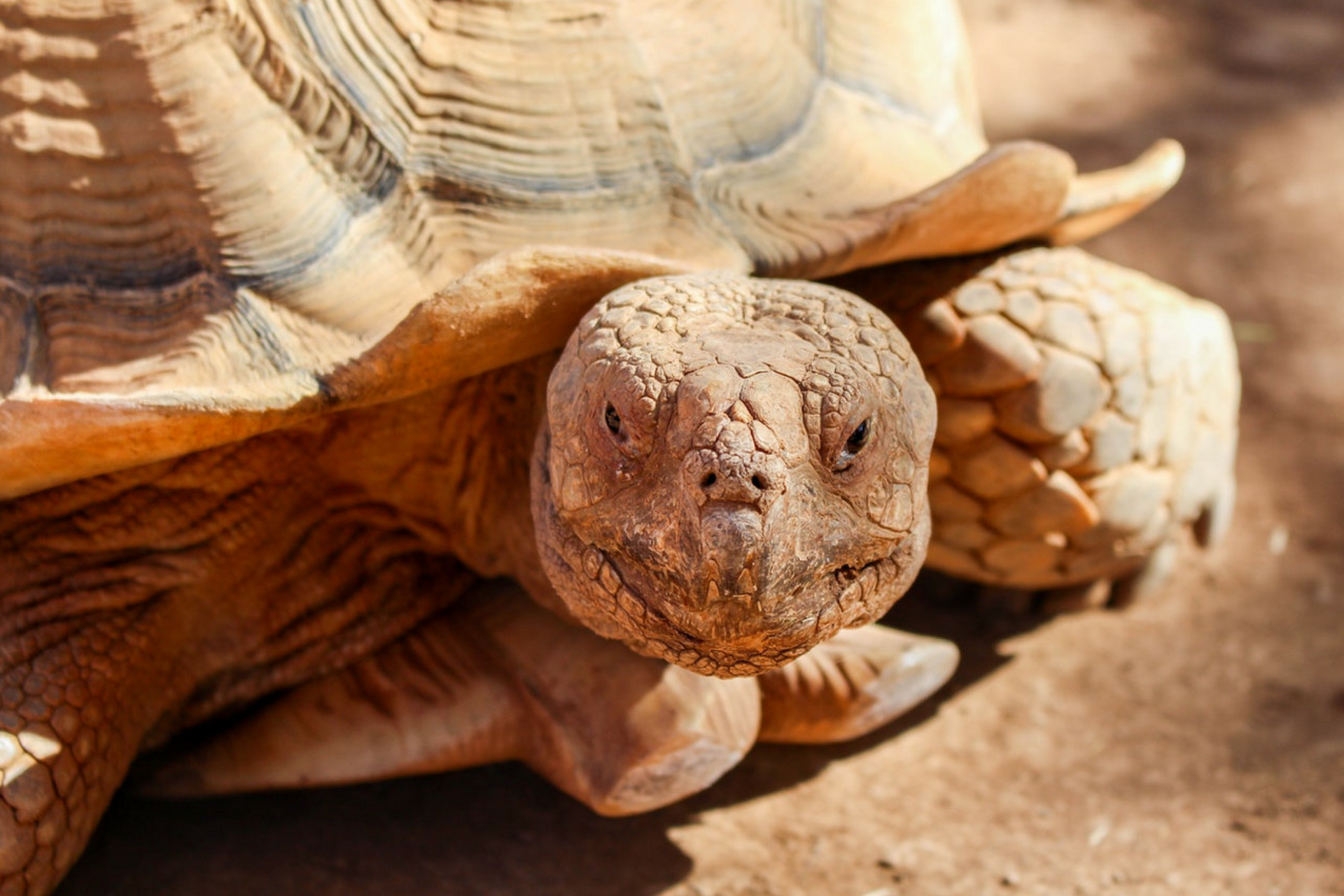 What are you comparing yourself to?

I want to encourage you not to compare yourself to other people who are possibly many years ahead of you in business, and perhaps have completely different life circumstances to you.  Or to some ideal vision you might have built up in your mind about where you think you should be right now. Because life and business don’t really follow a lovely smooth trajectory for any of us.

When you’ve bought a course and you haven’t “kept up” with the modules week by week it’s easy to think “Well I’m not keeping up so I’m just going to give up”. I’ve found this happens with my online course and sometimes I meet people will feed that back to me: “I couldn’t keep up, so I just stopped”.

Imagine that!   Deciding not to learn a valuable skill that could transform your business, all because you might take a month or two longer to learn it than someone else.

What I’d love you to do instead is to compare yourself to yourself!  To look instead at where you were a month ago or a year ago. Because if you just keep moving forward at your own pace, you’ll definitely make progress towards the business that you are dreaming of.  And who cares if it takes you a little bit longer – the important thing is that you get there.

My mentor was talking about this because he sees the same pattern with his students. And he shared a really useful exercise:

Get a big sheet of paper and draw three columns.

So I really want to encourage you to allow yourself to go at your own pace.  Instead of focusing on “where you are not yet” instead focus on making progress.  You would be surprised at how, even if you take the smallest steps and actions, but you do it consistently every day, every week, every month, you’re going to look back a year from now and think “Wow! Just look at how far I’ve come.”

And this doesn’t have to be big action, it doesn’t have to be a huge complex activity that’s going to take a huge amount of time and energy, it can just be these small consistent steps week in week out that can build on each other.

And it’s not just you that falls behind with things, I want to share an example that I hope will encourage and inspire you…

I’d been interested in a starting a membership community for a while but felt I didn’t know enough about it so decided to join a course to learn how.  But at the time I bought it I was moving house, going through a website redesign and rebrand that required a huge amount of time and focus, and I had a lot of clients going through a group mentoring programme. It was a busy time and I wasn’t able to engage in this course in the way that I would have liked.   It had a Facebook group and weekly modules and Q&As. Other people were taking action and launching memberships and I wasn’t doing very much at all.

But I understood that I didn’t have to do everything right now. So I just did what I could when I could.   Most of it well after the course had officially “finished”.  And at the end of November – 7 months later  – I launched my first membership to the founding members.

If instead of allowing myself to go at my own pace if I’d got half-way through that course and then said “Oh I can’t keep up with this course, everybody else is miles ahead of me so I’m just going to give up,” imagine what would have happened… I wouldn’t have the 233 members that I have today.

I already mentioned that I’m at a live event for people who want to build or launch membership sites. And there are people here who’ve got memberships of literally thousands of members. But instead of comparing myself with those who have bigger sites than me and finding myself lacking, I’m choosing to celebrate myself and the fact that I did launch. I launched it more slowly, I’ve got 233 members, but when I look at myself a year ago I didn’t have any members at all, I didn’t even have a membership community. So comparing myself to me I’ve got a lot to celebrate!

I’m celebrating the fact that I got started and I will use that to fuel me and give me momentum going forward, rather than feel like I’m lacking and falling behind.

So my important message for you is to just focus on moving forward at your own pace, whatever that pace is, because that’s the only way you’re ever going to get there. If that means you’re more a tortoise than a hare, you might just get there further and faster than the hare ever does!

What about you? Does what I’ve said here resonate?  Have you been slowing yourself up because you’ve got frustrated that you’re not moving faster?  Do share your thoughts in the comments below – I always love to hear from you.

PS  If you haven’t already, make sure you sign up for my free “7 Steps to Yes!” training. This is a series of 7 bite-sized videos where I teach you a structure for genuinely authentic and comfortable sales conversations.  Click here for the 7 Steps to Yes! 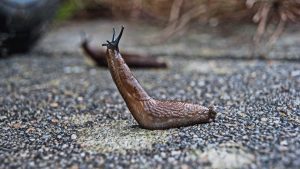 Remember, Sales is all about the Slugs! 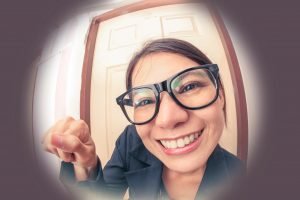 I really struggle to sell myself 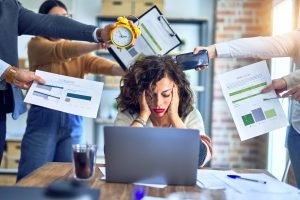 My Recipe for Overwhelm 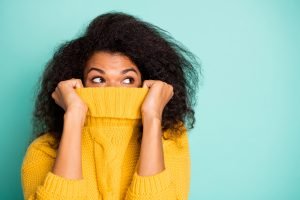 Running a Business as an HSP (Highly Sensitive Person)

This site uses Akismet to reduce spam. Learn how your comment data is processed.